Ram Rajya has been an inspiration for millions of Indians since time immemorial. Essentially referring to the rule of Lord Rama, nearly 7000 years ago, it broadly refers to an Utopian stage of society with perfect systems and people. Despite being an ancient concept, it has been invoked umpteen times. From Saint Tukaram to Mahatma Gandhi, to most recently, Narendra Modi, the imagery around Ram Rajya has continued to inspire India’s consciousness for millenniums. In this article, we explore what is Ram Rajya ?

To explore, I explored Valmiki Ramayana, Tulsidas’s Ramacharitmanas, and various commentaries on Ramayana and as a student of Economics and Governance, i was pleasantly surprised at the details that the texts offer on various elements of society. The following paragraphs covers the elements of Ram Rajya.

When all live with their Dharma, i.e. all do what they are supposed to do in their work & stage of life, as per the Vedas. When there is no fear, no sorrows, and no diseases – it is Ram Rajya. Ram Rajya is further described as a state in which the following features will be witnessed. Every creature was full of joy and happiness.  No one dies young. No one is poor, sad or pitiable. Everyone was engaged in the pursuit of Dharmic actions/virtue. Everyone was endowed with excellent characteristics. And, all were engaged in Dharma.

Describing citizens of Ram Rajya, it is described as Citizens live in peace with mutual respect & affection, perform their duties as per the law & ethically. And all the fours traits of Dharmic Nature such as Truth, Purity, Compassion & Charity are being fulfilled, & no one commits any sin even in their dreams

No one is sitting idle without any work. Everyone is pious and busy doing their Dharma which will differ from person to person. All men and women are smart and talented. Everyone is generous and thankful.

All are knowledgeable and respect those who have knowledge.

Describing Environment during Ram Rajya, Forests are full of flowers & fruits. Birds chirp & animals live happily without any fear. Honey & Cow’s Milk are in abundance. Fields are always full of crops. Mountains and hills are mines of precious stones or minerals.

Leadership in Ram Rajya is defined in various texts as the one in which the King takes all important decisions with the views of civil society, opinion of holy persons, political ethics & lessons from scriptures.

This form of decision making process ensures that the policies are in accordance with Dharma & for the larger good of society. For taking tough decisions for a leader, it is advised that, “One who obeys the wise counsel of his teacher, his father, his mother and his master will never stumble even if he follows a wrong path.” A chief/leader in Ram Rajya should be like mouth, which is the organ responsible for eating & drinking, but it carefully nourishes all the limbs of the body. A leader is expected to look after everyone who needs help & support instead of accumulating wealth. Ram Rajya needs excellent ministers, who should be Courageous, Knowledgeable, Strong Willed, and have High Emotional Quotient. Quality advice is the key to effective governance. It advises on having a lesser number of ministers, rather having incompetent ministers which is none other than our prime minister’s slogan minimum Government maximum governance.

Labour laws in Ram Rajya, one should never delay the salary of labourers and workers, and be always respectful to them for their services.

Financial Management in Ram Rajya can be easily summarized by quoting a sentence from the holy text while advising Bharat, Rama says “to keep the state’s income sufficiently large to meet all expenditure. Always keep your expenditure comparatively less to the income.”

Ram Rajya is a story from a king & a God, 7000 years ago. Still, it is remembered. Given the fact that this legend & phrase has survived so long, this must have been a reality at some point in time, though it did not last forever.

Saint in a Politician Garb – Kamaraj 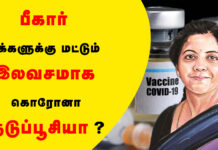 ABOUT US
Mediyaan brings you the latest and authentic news on a variety of subjects like Politics, Business, Information Technology, Sports, World and National News. Even bust Fake News floating on social media.
Contact us: [email protected]
FOLLOW US
© Mediyaan | All Rights Reserved 2019